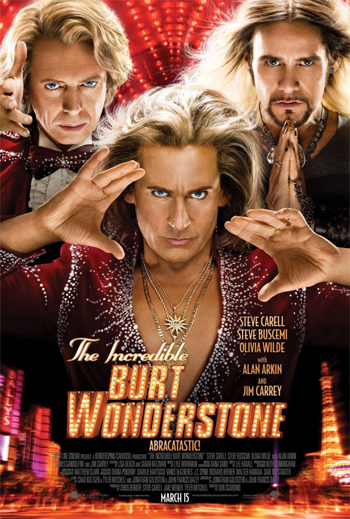 The film is about a successful duo of magicians - Burt Wonderstone (Carell) and Anton Marvelton (Buscemi) - whose careers hit a bump when they have a falling out. Things become more complicated with the introduction of a rival street magician named Steve Gray (Carrey), who specializes in shock value illusions.