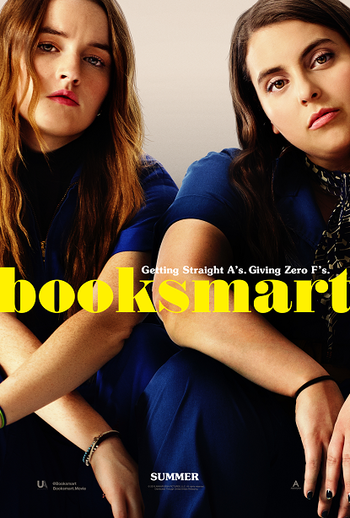 Booksmart is a 2019 Coming of Age Buddy Picture directed by Olivia Wilde (in her directorial debut).

Kaitlyn Dever and Beanie Feldstein star as Amy and Molly, two overachievers who realize on the day before high school graduation that they focused on school to the exclusion of all other life experiences and decide to attend a Wild Teen Party that night to make up for it. Hilarity Ensues.