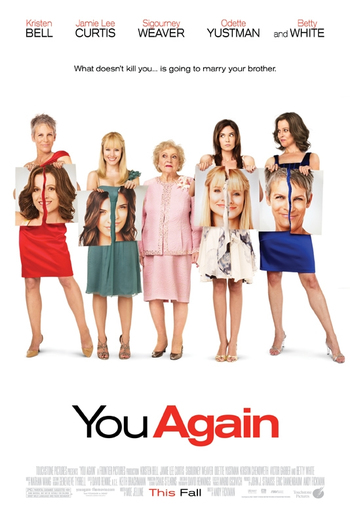 When former high school loser Marni Olsen (Bell) realizes that her older brother is about to marry her high school bully Joanna (Yustman), she sets out to expose the fiancée's true colors. Things get out of hand when it turns out that her mom Gail (Curtis) and the bride's aunt Ramona (Weaver) are in a similar situation.

You Again provides examples of the following tropes: