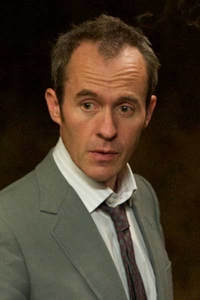 "From the moment you start talking to Stephen Dillane you realise this is a man who doesn't do bullshit. No equivocation, no meandering; he's thoughtful in his answers but straightforward. A professional."
— Rob Smedley

Stephen John Dillane (born 27 March 1957 in Kensington, London) is an English actor from Kensington. Initially, he studied history and political science at the University of Exeter, and then became a journalist, but he was unhappy in this profession. He then switched to acting and entered the Bristol Old Vic theatre school, and his acting career began in the late 1980s. Since then, he has not yet been a headline actor, but he has been in several movies, shows, and plays.

His best-known roles have been as Thomas Jefferson on John Adams and as King Stannis Baratheon on Game of Thrones, both of which happen to be HBO series. Dillane and his partner, actress Naomi Wirthner, have two sons. One of them, Frank Dillane, is also an actor.