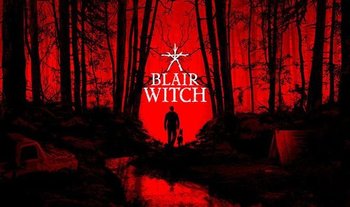 Blair Witch is a first-person horror game by Bloober Team (of Layers of Fear fame) and Lionsgate.

It's 1996. A young boy has disappeared in the Black Hills Forest near Burkittsville, Maryland. The story follows Ellis, a former cop with a Dark and Troubled Past and his dog Bullet. The game was announced during E3 2019, with a release date of August 30th later that year. It's currently available for purchase.