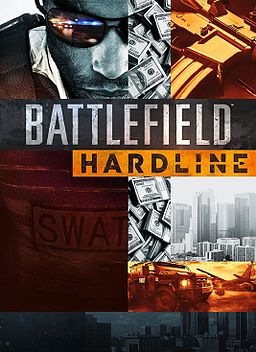 "Welcome to your new playground."
Advertisement:

Hardline is a radical departure from the military theme associated with the Battlefield franchise, instead placing you in the shoes of Detective Nick Mendoza, a rookie detective with the Miami Police Department, as he battles against criminal gangs.

A total of four expansions were released: Criminal Activity, Robbery, Getaway, and Betrayal, each adding four new maps in addition to new weapons, vehicles and equipment.

Now it has a character sheet.