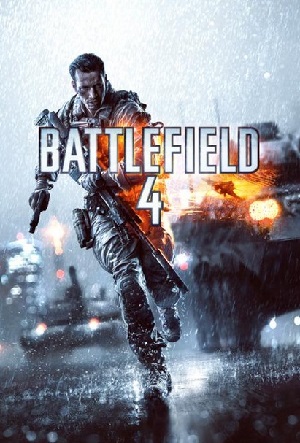 Only in Battlefield.
(Turn around)
Every now and then
I get a little bit lonely
And you're never coming 'round...
Advertisement:

The latest 'modern combat' entry in the Battlefield franchise, and the 12th installment overall, Battlefield 4 is a direct sequel to the 2011 game Battlefield 3.

The game takes place in 2020, six years after the events of BF3. The war between the United States and the Russian Federation continues, but it seems the Chinese have an interest in the war as well...

A 17-minute trailer has been released, showcasing segments from the single-player prologue. You can watch it here

, while a multiplayer trailer for the Siege of Shanghai map is here

The second DLC, aptly named Second Assault, was released on February 18th for Premium members and March 4th for regular players. It reintroduced several maps from previous game with added features: Gulf of Oman, which now has a large sandstorm cover the field partway through the battle; Operation Metro, which now has chunks of the ceiling that can be dropped on enemies by shooting out the wooden supports; Operation Firestorm, which has added effects for when the oil wells are destroyed; and Caspian Border, which has a wall splitting the map that must be crossed for the two forces to reach one another. Capture the Flag returns as a new playable game mode, brought over from BF3.

The third DLC, Naval Strike, was first released on March 27th and made generally available on April 15th. It features four whole, new island-based maps, new weapons and gadgets, and a new game mode called "Carrier Assault", an homage to the Titan game mode of Battlefield 2142.

The fifth and final DLC, Final Stand was released on 18 November, again early for Premium members, and then two weeks later for regular players. It features futuristic technology such as the XD-1 Accipiter - an experimental anti-missile drone, a new target detector attachment for carbines and marksman rifles and equipment like the DS-3 Decoy - a radar jammer of sorts. There are also several Call Backs from BF2142 in the form of early prototypes, like the Rorsch Mk-1, a handheld railgun, and the HT-95 Levkov, a hovertank.

Post-DLC launches, DICE has continued to support the game and release new content, even beyond the release of the next game in the series, Battlefield Hardline. A free DLC pack called the Weapons Crate Pack was released in May 2015, adding five new weapons to every player's inventory. A map pack titled Night Operations was released early September 2015 with a patch and one night-time version of an existing vanilla map, with more to come. In addition, a community-made map as well as a remake of Battlefield 2's Dragon Valley followed in December 2015.

A tie-in novel, known as "Countdown to War", shows Kovic's involvement in the war with China and how he knows Jin Jie and Hannah prior to being found by Tombstone Squad.