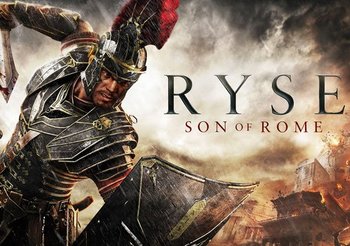 Rise up, son of Rome.
It is a time of crisis. The Roman Empire is besieged by barbarian armies and is on the verge of collapse. In these troubled times, you command Roman soldier Marius Titus. When barbarians murder his family, he embarks on a Roaring Rampage of Revenge that takes him on a brutal campaign to the shores of Britannia as he climbs the ranks of The Glory That Was Rome.
Advertisement:

Ryse: Son of Rome is an Xbox One game developed by Crytek. Previously slated for an Xbox360 release, it was re-tooled into a launch title for the Xbox One, then later ported to PC.