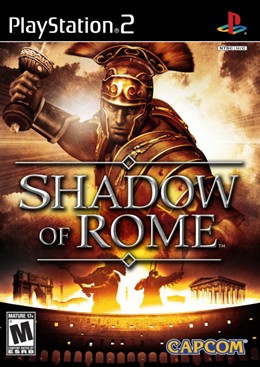 ''Are you satisfied? Is it so enjoyable to watch men murder each other like animals? DAAAAAAAAAAAAAAAMN!"
—Agrippa, after killing Barca, Germanic tribe chief who Agrippa himself sent to slavery prior to becoming a gladiator.
Advertisement:

A PS2 Hack and Slash set in Ancient Rome. Julius Caesar has been assassinated, and the father of Roman General Agrippa has been accused.

This ultra-fun game is split between combat scenes in various arenas (Agrippa becomes a gladiator, since the winner of eventual games will have the honor of executing Agrippa's father) and stealth scenes where you play as Caesar's nephew Octavianus, trying to unravel the mystery.