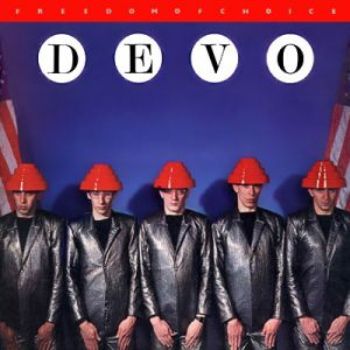 Freedom of Choice is the third album by Devo, released in 1980. Together with their debut Q: Are We Not Men? A: We Are Devo! (1978) it is seen as their best album, most notable for their Signature Song "Whip It".