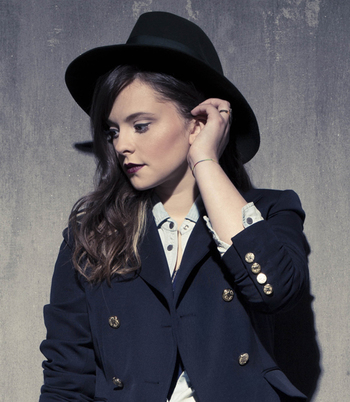 Michielin is perhaps best known for representing Italy in the 2016 Eurovision Song Contest, with the song "Nessun grado di separazione". note English: "No degree of separation"

Though she hadn't actually won that year's Sanremo Music Festival —finishing as runner-up to Stadio's "Un giorno mi dirai"— Michielin was ultimately chosen by RAI note Italy's Eurovision broadcaster to represent them when Stadio declined the invitation. "Nessun grado di separazione" ultimately placed sixteenth in the Eurovision final. She later competed at Sanremo a second time in 2021, with frequent collaborator Fedez on the song "Chiamami per nome", but once again finished as runner-up.

Prior to Eurovision, Michielin won the fifth season of Italy's X Factor in 2011, where she was mentored by Simona Ventura. Aged sixteen at the time, she was the youngest winner in that show's history. Her first studio album, Riflessi di me, was released in 2012.

In 2014, she contributed her first English composition, "Amazing", to the Italian soundtrack of The Amazing Spider-Man 2.