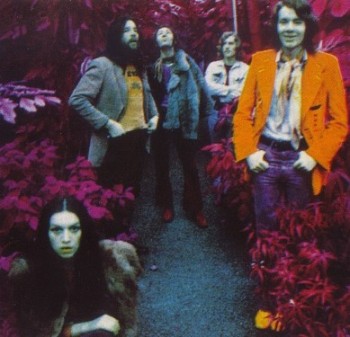 The band, in all their infrared glory.
Advertisement:

Amon Düül II is a German rock band formed in 1968, considered part of the Krautrock movement. It emerged from a Munich commune. The band's early history is rather convoluted. Suffice it to say that there was a split at the commune, with one band called Amon Düül and another called Amon Düül II. Amon Düül consisted of commune members who didn’t have much musical ability. Amon Düül II’s members did, and ADII is the band recognized as one of the luminaries of the Krautrock crew, alongside Kraftwerk, Can, Neu!, and Faust.