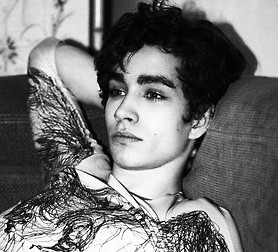 Robert Michael Sheehan (born January 7, 1988 in Portlaoise, Ireland) is an Irish actor best known for playing the role of Nathan Young in the popular British sci-fi dramedy Misfits. In early 2011, it was announced that he was leaving the show to pursue other projects and would not be appearing in the third series, to the horror of many fans.

Also notable for his appearances in movies such as Cherrybomb (2009), Killing Bono, Moonwalkers and Season of the Witch, a major role in Canadian TV series Young Blades, and leading role in the hit Irish drama Love/Hate. He also played Simon Lewis in the film adaptation of The Mortal Instruments and Klaus Hargreeves in the Netflix series The Umbrella Academy.