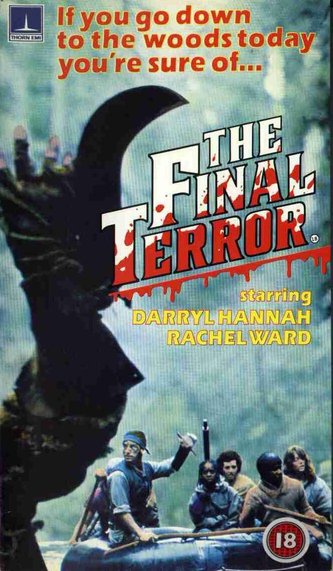 The Final Terror is a Slasher Movie from 1983 directed by Andrew Davis and starring Adrian Zmed, Daryl Hannah, and Joe Pantoliano.

A group of forest rangers and young women decide to spend their vacation by camping and venture into the woods miles away from civilization. There they become targets of a killer who may or may not be the odd Eggar, who drove them there.