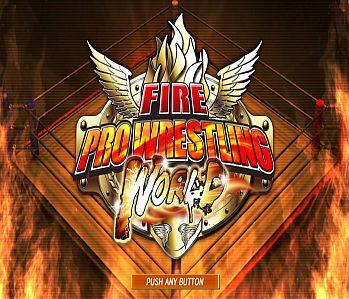 Maybe there's NO Fire in this game, but at least there's LOTS OF FIRE in the title screen.
Fire Pro Wrestling is a series of pro wrestling games developed by Human Entertainment from 1989-2000, and then by Spike from then on after Human's bankruptcy. The series is very well-known for having rather large rosters of characters based on real-life superstars as well as having the most customizable AI for created wrestlers than any other game.