"YOU CAN'T HANDLE THE TRUTH!" 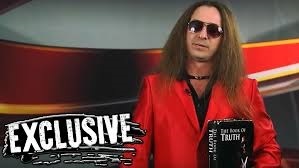 Martin Krcaj (born May 8, 1975) is a retired American Professional Wrestler, manager and trainer from Hamtramck, Michigan as Truth Martini. He was trained by Al Snow and Crusher Kline and debuted in 1998.

He wrestled for a variety of Midwestern promotions, including being on the first Juggalo Championship Wrestling event. Over the course of his in-ring career, he was a 7x XICW Tag Team Champion

, a 2x IWR King of the Indies Champion

"The House of Tropes":