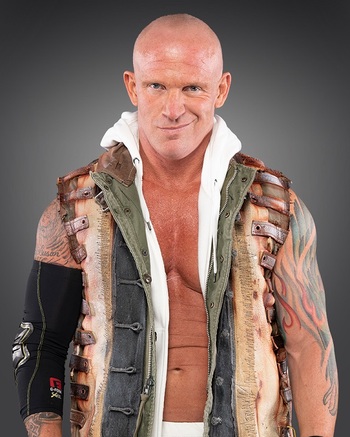 He is best known for his 12-year tenure working for Impact under its former banner of TNA from 2004 to 2016, where he was a one-time TNA World Heavyweight Champion, one-time X Division Champion, a three-time Legends/Global/Television/King of the Mountain Champion, and a four-time world tag team champion, having held the NWA World Tag Team Championship twice with Bobby Roode and the TNA World Tag Team Championship twice (once with Kaz and once with Kevin Nash and Scott Hall under the Freebird Rule), and the only male to co-hold the TNA Knockouts Tag Team Championship, winning the title with female wrestler ODB. He is also one of only four men to win TNA's Grand Slam Championship. All together, Young won 11 championships during his career in TNA, and is considered a "TNA Original".

In 2016 he signed with WWE, where he performed in their developmental territory NXT as the leader of the SAnitY stable. The stable would be called up to the WWE SmackDown brand in 2017, but were all scattered and separately repackaged shortly thereafter, with Young serving as enhancement talent on the main roster. He was released in 2020 due to budget cuts related to the COVID-19 outbreak, and promptly returned to his former home at Impact to which he started a feud with Rich Swann for the World Championship after his loss in the main event of Slammiversary. Months later, he formed a faction with the returning Joe Doering and a newly minted (Cody) Deaner dubbed 'Violent By Design'.

"These Tropes doesn't belong to you. It belongs to us!":