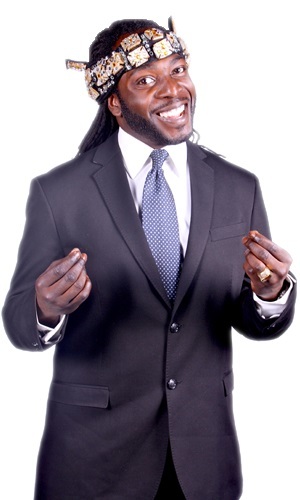 Born Prince Nana Osei Bandoh, Prince Nana is an American-born Ghanian-raised Professional Wrestler and manager best known for his work for Ring of Honor. He debuted in 1997 and worked primarily for Northeastern independents.

Among his in-ring achievements, he is a former ECWA Heavyweight Champion

with Sonjay Dutt as The United Nations, and a former NYWC Tag Team Champion

with Mega as The Foreign Legion.

Kofi Kingston does not work for him, no matter what Matt Striker told you.