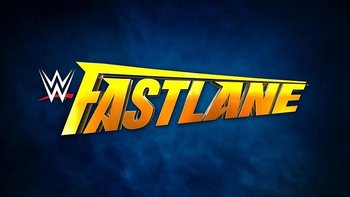 The last stop before WrestleMania!
Advertisement:

The first event took place on February 2015, replacing Elimination Chamber. With the brand split, it became a Raw-exclusive event in 2017 and SmackDown-exclusive in 2018 before every PPV became dual-branded. It would later become a March event after the reinstatement of Elimination Chamber.

This pay-per-view event provides examples of: