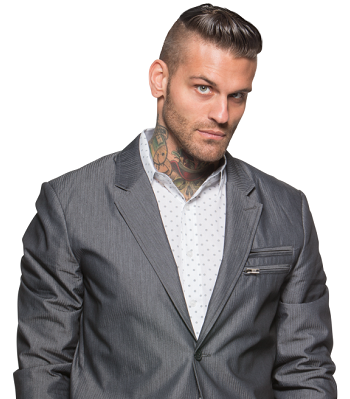 Matthew Polinsky (born February 24, 1984 in Pittsburgh, Pennsylvania), is a color commentator and retired professional wrestler. He began competing on the indies under the name Sterling James Keenan before signing a contract with the WWE and changing his ring name to the better known Corey Graves.

After retiring from in-ring competition in late 2014 due to a Career-Ending Injury, he moved to commentary, becoming a WWE pre-show panelist, as well as providing commentary for NXT. In 2016, he was drafted to Monday Night Raw, where he is a full-time commentator, as well as on Friday Night SmackDown, as of early 2019.