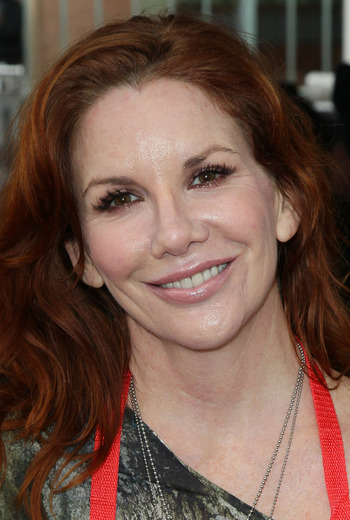 Melissa Ellen Gilbert (May 8, 1964) is an American actress, director, producer, politician, and former president of the Screen Actors Guild best known for Little House on the Prairie, Guest Artist, and The 1981 Television film remake of the 1961 film Splendor in the Grass.

She was married to Bo Brinkman and Bruce Boxleitner and is currently married to Timothy Busfield. She has five children, including three stepchildren.

I knew there would be Tropes to read and pages to make, and I was glad, for this is a fair website and I rejoiced that I would see it: