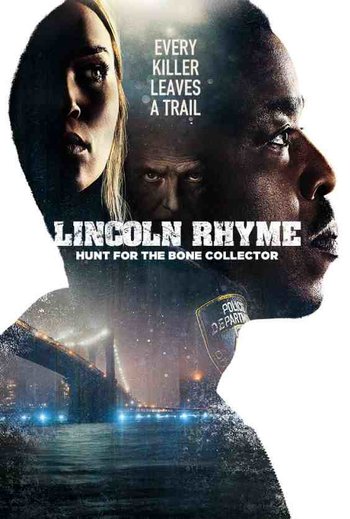 Let the games begin...
Lincoln Rhyme: Hunt for the Bone Collector is a series airing on NBC, starring Russell Hornsby and Arielle Kebbel. It is based on the book series of the same name by Jeffrey Deaver

. It is the second adaptation of the book series; there was a film version in 1999.
Advertisement:

Three years ago while investigating the serial killer known as the Bone Collector, forensics expert and NYPD detective Lincoln Rhyme (Russell Hornsby) was caught in a trap laid by the killer leaving him a quadriplegic. When Amelia Sachs (Arielle Kebbel), a NYPD patrol officer discovers what appears to be the Bone Collector's latest kill Rhymes brings aboard his personal team of forensic investigators.

Acting as his eyes and ears in the fields, the team works to identify the serial killer before he strikes again beginning a deadly game of cat and mouse.

It was cancelled after 1 season of 10 episodes.