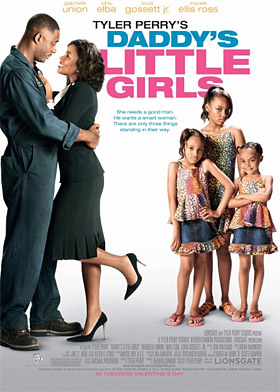 2007 movie written and directed by Tyler Perry. Monty James, a mechanic, (Idris Elba) enlists the help of a successful-but-lonely attorney, Julia (Gabrielle Union) while trying to wrest custody of his three daughters China, Lauryn and Sierra from his treacherous ex-wife Jennifer and her larcenous boyfriend. Along the way, the working relationship between the blue collar dad and his uptown attorney grows into something more.