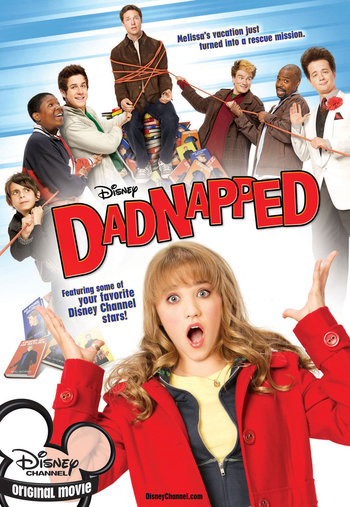 Melissa and her father are going on a vacation together, and while she's excited to spend time with him, she's also nervous. Her father, Neal Morris, is a famous, best-selling author with a highly devoted fanbase, all obsessed with his Tripp Zoome series. So, when they need to take an immediate detour to visit Neal's fans at a convention, the vacation is already off to a rocky start.

However, things take a turn when her dad gets "dadnapped"- not once, but twice. Melissa will need to think like her dad's most beloved character to save him, along with the help of the fans.