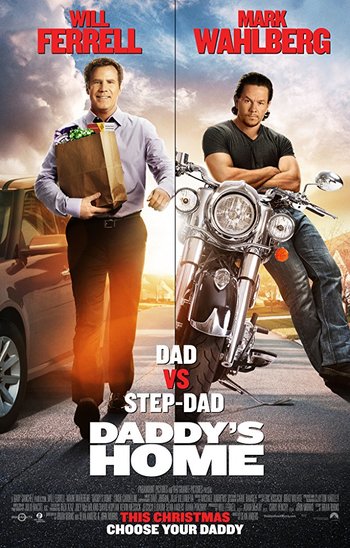 Daddy's Home is a 2015 comedy starring Will Ferrell and Mark Wahlberg. Brad (Ferrell) is a meek radio executive who is just beginning to get on the good side of his two stepchildren, but has to deal with the visit of the kids' actual dad, Dusty (Wahlberg), a soldier of fortune who hasn't seen them in a while.
Advertisement:

A sequel, Daddy's Home 2, came out in 2017, in which the two decide to have their families spend Christmas together so that their kids won't have to switch houses during the holidays, while also dealing with their respective fathers (John Lithgow and Mel Gibson).

The first film includes examples of: