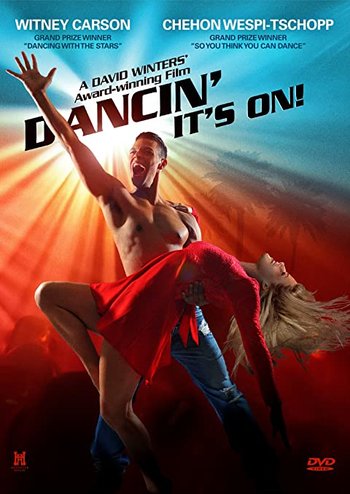 Dancin' It's On is a 2015 romance movie directed and co-written by David Winters, starring Witney Carson and Chehon Wespi-Tschopp of Dancing with the Stars and So You Think You Can Dance fame respectively.
Advertisement:

Jennifer August (Carson) is sent to spend the summer at her estranged father's hotel where she meets and falls in love with dishwasher Ken (Wespi-Tschopp). Things don't go smoothly for the couple as they face opposition from Jen's father who sets her up with snobbish bellboy Danny (Matt Marr) and a dance competition right around the corner. Take this plot and season it with lots and lots of dancing, and you have this movie.

… but you can't play trope!