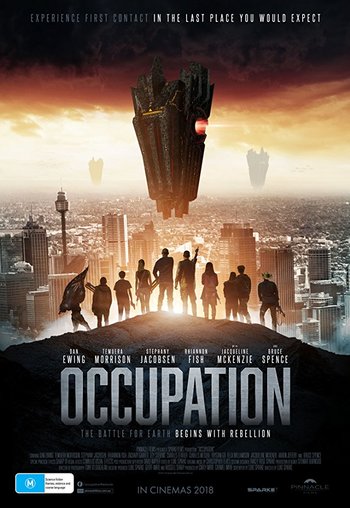 Aliens invade Down Under. Nobody warn them about the drop bears.
Advertisement:

A sleepy town in rural Australia is attacked by alien invaders, who capture the majority of the populace. A band of locals and visitors escape and form into a guerrilla force to resist the alien occupation.

Basically, it's The Tomorrow Series (itself basically Red Dawn Down Under) meets War of the Worlds.

Notable for its relatively impressive special effects for an indie Australian film (director Luke Sparke is a former propmaster).

It was followed by a sequel Occupation Rainfall that got a general release on January 28, 2021.