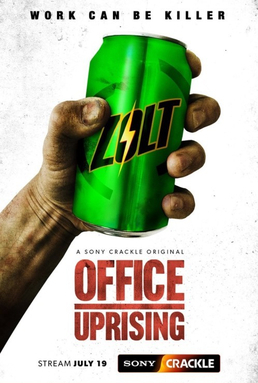 Desmond (Thwaites) is a 20-something slacker that works at a weapons factory, trying not to let his incompetency become noted. But when an energy drink causes his coworkers to become psychopathic, raging monsters, he has to fight his way out alongside his crush and any employees that haven't been infected.