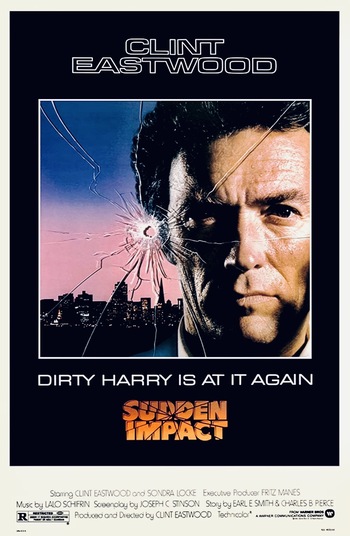 Sudden Impact (1983) is the fourth film starring Clint Eastwood as Inspector "Dirty" Harry Callahan. It is notable as the only entry in the Dirty Harry series that he also directed. Preceded by The Enforcer, followed by The Dead Pool.

After a number of high profile run-ins with various people trying to kill him, Callahan is sent to a small town to investigate the murder of a local man found dead in a car. More deaths occur, the perpetrator of which turns out to be one Jennifer Spencer (Sondra Locke), who is out to avenge a gang-rape that she and her sister were subjected to a decade earlier.