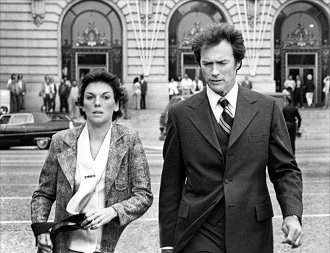 The third film of the Dirty Harry series from 1976. Preceded by Magnum Force and followed by Sudden Impact. Callahan and his new female partner go after a terrorist group that has kidnapped the mayor.

Not to be confused with The Enforcer (1951), the Film Noir of the same title starring Humphrey Bogart.