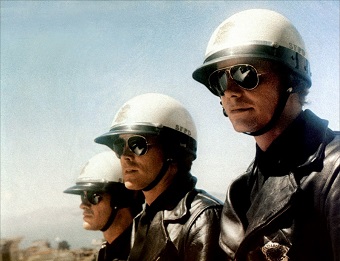 "Either you're for us, or you're against us."
"A man's got to know his limitations."
— Harry Callahan
Advertisement:

It is the second film in the Dirty Harry series. "Dirty" Harry Callahan (Eastwood) has been assigned to the stakeout squad, but when mobster Carmine Ricca is murdered, Harry insists on inserting himself in the case. Ricca, who was killed just after he was acquitted in a criminal trial on a technicality, isn't the only bad guy to get whacked. Another mobster is killed at a pool party. Then, a pimp. Harry soon realizes what he's up against: some renegade cops who have formed a death squad.

The next film in the Dirty Harry series was The Enforcer.