Film / The Life and Times of Judge Roy Bean 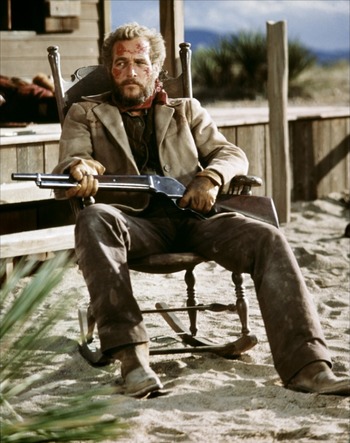 Outlaw Roy Bean (Newman) rides into a West Texas border town called “Vinegaroon,” only to be beaten, robbed, have a noose tied around him and let Bean’s horse drag him off by the customers in the saloon. After he's found and helped by a young woman named Maria Elena (Principal), Bean builds a town on the edge of civilization in order to establish his own particular brand of law and order. Appointing himself judge, Bean dispenses justice until time and events pass him by.