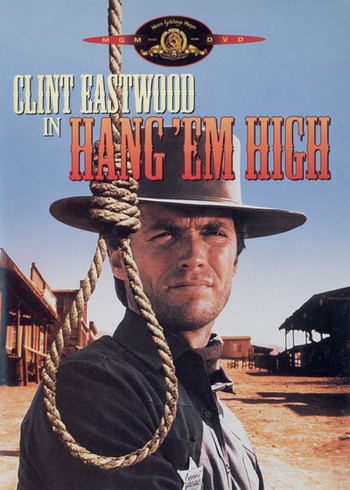 "The hanging was the best show in town. But they made two mistakes. They hung the wrong man... and they didn't finish the job!"
— Tagline
Advertisement:

The action starts off with Jed Cooper (Eastwood) being wrongfully accused of murder and cattle-rustling by Captain Wilson (Ed Begley) and his posse, who then proceed to lynch him — but not very well; he lives long enough for a passing U.S. Marshal to cut him down and take him to territorial Judge Fenton (Pat Hingle). Cooper's story of being a one-time lawman from St. Louis checks out, and Fenton offers him a job as a marshal to bring Wilson and the rest of the men who lynched him to justice... but with the understanding that he bring them in alive.