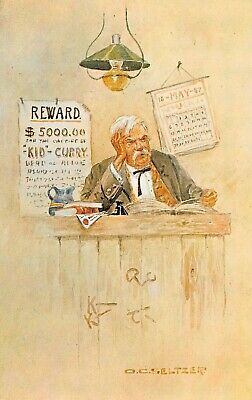 A judge who moves from place to place within his area of jurisdiction, "riding the circuit."

In the early days of the United States of America, the country had a large land area and a relatively low population density. This became even more so when the Western Territories were acquired. Among other things, this meant that most towns and counties didn't need a full-time judge.

Instead, outside the major cities, a judge would be assigned a territory, the "circuit". He would move from place to place within the territory, "riding the circuit", trying any new cases that had come up since the last time he'd held court in that jurisdiction. Often, the judge would be accompanied by several "circuit lawyers" who traveled with the judge to find clients in need of their services. Abraham Lincoln was a circuit lawyer for a while.

Even the justices of the US Supreme Court initially had to ride a circuit to hear appeals when the full court wasn't in session. This is why people left the bench before dying, which unfortunately has apparently become par for the course.

In fiction, the Circuit Judge generally moves plots by his absence. If the protagonist is Wrongly Accused, he will have to cool his heels in jail until the judge comes, allowing the real crook to finish his evil scheme or leave town. Time for a jail break!

Another common plot is for a particularly despised accused criminal to be threatened by an angry mob while in jail awaiting the arrival of the judge. The Sheriff must either engage in Shaming the Mob until the judge can arrive, or undertake a dangerous cross-country journey with the alleged crook to where the judge is sitting so he can get a fair trial and be hanged legal-like. Occasionally the Sheriff will refer to the Marshal (meaning a Federal Marshalnote These stories tend to be told within US territories rather than states; territories are under direct federal jurisdiction) instead of the Circuit Judge as being the one to take the prisoners off his hands. This is connected, because the Marshal is the one who would escort the prisoner to the Judge.

Once the Circuit Judge shows up, he's either the Hanging Judge or a Reasonable Authority Figure, depending on the needs of the plot.

In England and Wales, these were called "justices of assize", part of the Courts of Assize and finally abolished in 1972. The Courts Act that abolished the Assize Courts established the system of "Circuit Judges" in modern England and Wales (they wear purple robes and are often called "circus judges" for a laugh); although they might sit in a few different jurisdictions they don't follow a regular "circuit" as such. Circuit judges were also present in Medieval China, which, given that China is about the same size as the United States and often had (and still has!) relatively underpopulated "frontier" areas, should come as no surprise. They were particularly common during the Tang dynasty.

The term has also translated into other professions; a Methodist minister responsible for more than one chapel or community is known as a "circuit minister" and his circle of "parishes" is the Circuit.