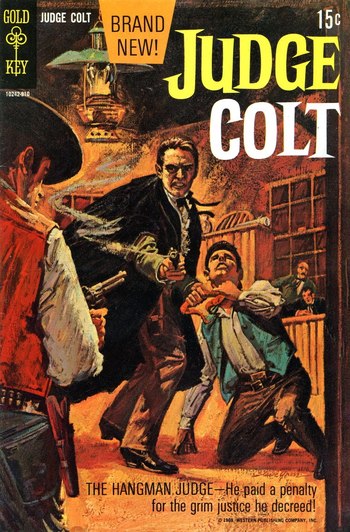 Judge Colt represented a new breed of western hero when he first appeared in the late 1960s. Lawman Mark Colt, a Civil War veteran, is sent west as a district court judge in the lawless frontier territories. On the job, he balances his respect for the law with the need to sometimes act as police and executioner in order to keep the peace. An uncommonly thoughtful and well-rounded character, Judge Colt uses violence reluctantly as a solution of last resort, and his landscape is filled with more moral ambiguity than was customary in the shoot-em-up world of the Western.