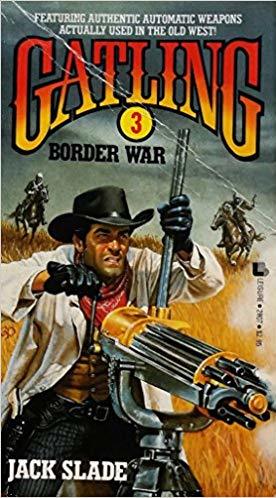 Gatling is a series of Western novels by 'Jack Slade' (actually a house name used by a variety of authors on several different western series). There are six books in the series:

Master armorer, dead shot and expert in death, Gatling tested automatic weapons from all over the world—on living bodies. Paid in gold for his bloody work, he was probably the single most dangerous man in The Wild West. For at his command was more firepower than a cavalry regiment and more deadly force than the Grim Reaper.

Tropes used in the Gatling series include: