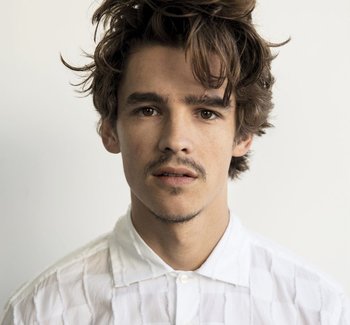 Thwaites first gained recognition for his role as Stu Henderson in the long-running Australian soap opera Home and Away. During this time, he also appeared on the short-lived teen drama Slide. After relocating to the United States, he was cast as Stu Henderson in Lifetime's Blue Lagoon: The Awakening, based on the Henry De Vere Stacpoole novel.

In 2014, Thwaites appeared in a number of major motion pictures, most notably horror film Oculus, Disney's Sleeping Beauty retelling Maleficent, and The Giver, based on the Lois Lowry novel of the same name.

He followed up his breakout year with a leading role in 2016's Gods of Egypt. He then starred in the fifth film of the Pirates of the Caribbean series —2017's Dead Men Tell No Tales— as the adult son of Will Turner (Orlando Bloom) and Elizabeth Swann (Keira Knightley).

As of 2018, Thwaites portrays Dick Grayson on Titans, a live action series based on the DC Comics title Teen Titans, which is streamed on the DC Universe for the first two seasons and HBO Max from the third season onwards.