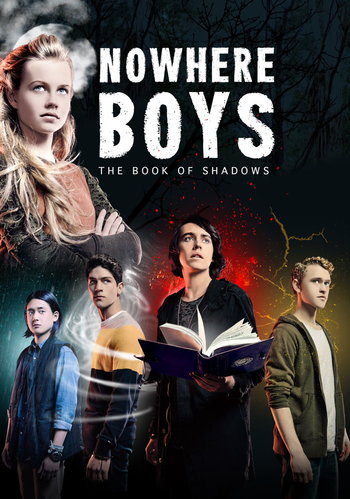 Nowhere Boys: The Book of Shadows is a 2016 film taking place between the second and third seasons of the Australian series Nowhere Boys.

A year after the second season ended, the boys have gone their separate ways but Felix still wants to find out who built the magic lair in the high school. When he finds a Book Of Shadows that can let the boys do individual magic, they reunite to cast it. They are successful but the talisman is broken. However, a mysterious girl named Tegan (Angourie Rice) has now appeared in Bremin and wants the book...

Nowhere Boys: The Book of Shadows provides examples of: