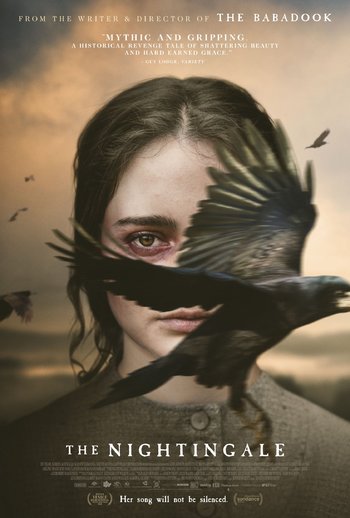 A 2019 Australian Western directed by Jennifer Kent, following up her previous film The Babadook.

Clare (Aisling Franciosi) is an Irish indentured servant at a British military outpost in 1825 Tasmania. She is forced to endure the murders of her husband and baby, as well as her own brutal rape, by an officer named Hawkins (Sam Claflin) and his henchmen. Unable to find justice, Clare enlists the help of an Aboriginal tracker named Billy (Baykali Ganambarr) to guide her through the harsh Australian wilderness as she seeks revenge against Hawkins's band. Things do not get better from here.