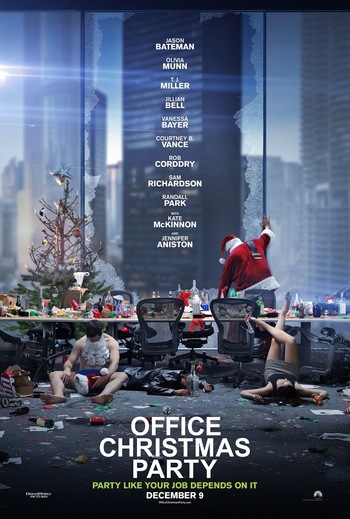 In terms of plot, it's exactly what the title says: a holiday movie centered around a big corporate shindig. A branch of an electronics-based company called Zenotek hosts an epic Christmas party, spearheaded by its wild manager (Miller) and his right-hand man (Bateman), in order to land a big client (Vance) and fend off the negative attention of its humorless, uptight CEO (Aniston). In a twist, the local manager and the CEO are actually brother and sister. And a guy dressed as Jesus rides a stallion.

It was the first live-action DreamWorks film released by Paramount since 2012's A Thousand Words, and only the third after the former switched primary distribution to Disney in 2011, and then Universal in 2016.