Film / The Curse of El Charro 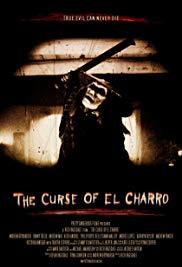 The Curse of El Charro is a 2005 American Slasher Movie featuring voice work from Danny Trejo.

A hundred years ago, El Charro was a wealthy, but cruel man who fell in love with a beautiful working class girl. When she refused his advances, he slaughtered her entire family and puts a curse on her family line. If they ever return to his land, his spirit will rise from the grave and kill them all. Now, in the modern day, Maria and her friends are on vacation in Arizona, and stumble upon the site of the curse. El Charro awakens, and begins his cruel work...

It was distributed on DVD by Paramount.