Film / Why Did I Get Married? 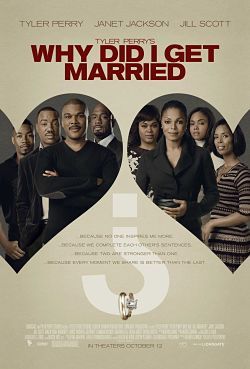 Four couples go on a retreat in a Colorado cabin and assess their bubbling issues within their own respective marriages and with each other. Drama and hijinks ensue.

A sequel, titled Why Did I Get Married Too?, was released in 2010 featuring almost everyone from this film.