Film / Why Did I Get Married Too? 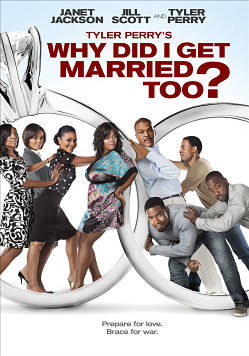 Why Did I Get Married Too is a 2010 dramedy starring Tyler Perry, Janet Jackson, Jill Scott, Malik Yoba, Sharon Leal, Tasha Smith, Michael Jai White, Richard T. Jones, and Lamman Rucker. It is a sequel to Why Did I Get Married?, as the name implies.

Once again, the four couples (but with Troy this time) go on a retreat in the Bahamas. Drama ensues while Mike makes a return.