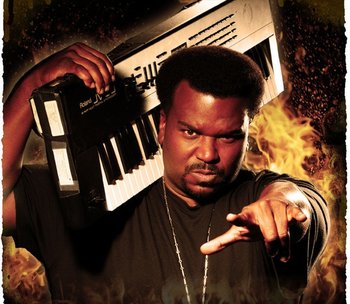 He started off working as a music teacher at Horace Mann Elementary School. He eventually went to stand-up comedy and doing improv, which led him to going into acting. He went under the radar for a while before making his break as Darryl Philbin on the The Office. Since then, he has made himself a household name in the comedy industry and is also member of Seth Rogen's Production Posse.

He also has an undergraduate degree from Illinois State University and a masters of education from Saint Xavier University.

He has had starring roles in the following films: