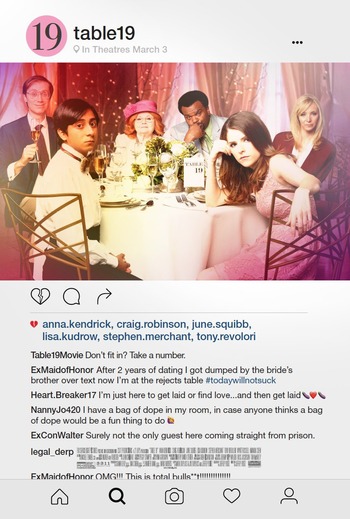 Most of the movie takes place during the wedding of Eloise's oldest friend, Francie. Eloise was Francie's maid of honor, until the groom's best man dumped her via a text message. Eloise decided to attend the wedding anyway, but found herself seated with five other unwanted guests at the dreaded Table 19.

"It's the same wedding, it's the same celebration no matter what table you're at."
— Eloise McGarry