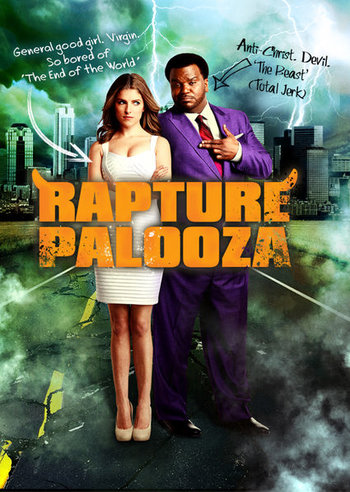 When the biblical Rapture occurs and the faithful are taken up to Heaven, Lindsey (Kendrick) and her boyfriend Ben (Daley) are among those left behind to deal with all sorts of hellish phenomena, like rocks falling out of the sky, creepy wraiths wandering the streets, foul-mouthed crows, and...Earl Gundy (Robinson) aka The Anti-Christ who sets up residence in the couple's home city of Seattle. When Gundy sets his eyes on Lindsey and desires to make her his bride, Ben hatches a plan to defeat Gundy and save Lindsey.