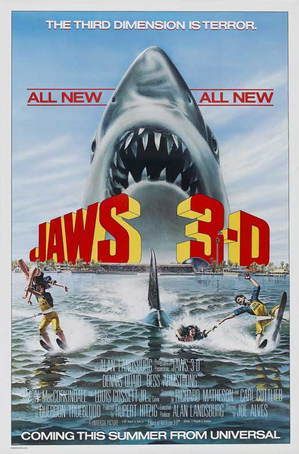 The second sequel to Jaws, released in the year 1983 with 3-D Movie technology.

Several years have passed from the Amity Island incidents, and Michael Brody, now grown up, is working for the SeaWorld. But now he must fight a killer shark of his own, as a gigantic one makes the place its home and starts eating the employees and customers.