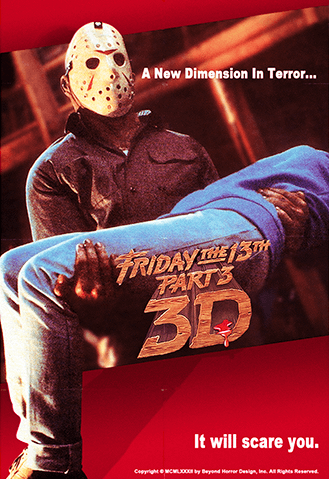 For a period in the Eighties, it was not uncommon for the third film in a series to be released in 3D. With the current flood of 3D film releases, this has once again become common practice. It may or may not also be set in a foreign country.

Also, a common trend in the times of the first Video Game 3D Leaps, was to have two 2D games, and make the third a 3D one, with titles such as: