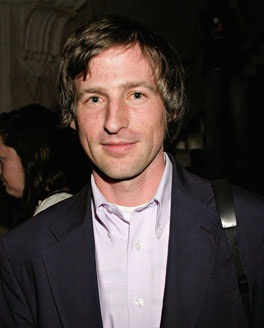 "As a feature film director, you got to be a guarding dog of the whole production. You got to be able to hold 100 script pages in the head at the same time. If you miss a detail, it's wasted."
Advertisement:

Born on October 22, 1969 (as Adam Spiegel) in New York City, New York, Spike Jonze is an Academy Award-winning note  Best Director, 2000, Being John Malkovich (nominated), Best Original Screenplay, 2014, Her (won) American director, producer, screenwriter, and actor. Outside his accomplished film career, he is probably most well known for his string of music videos in the 1990s and co-creating and executive producing the MTV television series Jackass.

He apparently has a good grasp on quality control in terms of directing, seeing as his lowest-rated film on Rotten Tomatoes, Where the Wild Things Are, holds a 73% rating, which is considered "certified fresh".

Not to be confused with novelty bandleader Spike Jones, from whom his stage name (given by the owner of a community store he frequented in high school) is based. And don't mix him up with Spike Lee.

Jonze as actor only:

Tropes applied to his films or to himself include: