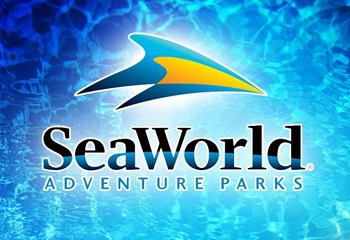 See it here. Save it there.
Advertisement:

SeaWorld is a chain of marine parks in the United States featuring a wide variety of sea life on display, and just so happens to be the largest of its kind in the world.

The first of the parks was founded in 1964, by Milton C. Shedd, Ken Norris, David Demott, and George Millay. Despite its small size at the time, it was a huge success; prompting the construction of further parks. The company would then go on to be traded amongst several conglomerates, the first being Harcourt Brace Jovanovich, Inc., who bought the parks in 1976 but eventually sold them to the Anheuser-Busch company (who at the time also owned the Busch Gardens parks) in 1989. It would not be until 20 years later that Anheuser-Busch would go on to sell the parks to the Blackstone Group, who took the company public in 2012 as SeaWorld Entertainment, Inc.

In 2013 the documentary Blackfish exposed myriad serious ethical, moral, practical, animal welfare and safety issues with SeaWorld's keeping of large marine animals in captivity, their treatment and their living conditions, leading to a serious public relations problem for the organisation and a large downturn in visitor numbers. The company is making strenuous efforts to overcome this by re-focusing on conservation rather than entertainment, but only time will tell if this will be effective.

Adjacent to the San Antonio and Orlando locations is Aquatica, a water park that also utilizes an ocean-life theme. Aquatica San Diego is being converted to a new Sesame Place park.

The chain formerly ran a location in Aurora, Ohio, a suburb of Cleveland. It was the chain's second park, opening in 1970 next to regional amusement park Geauga Lake. Geauga Lake became Six Flags Ohio in 2000. The next year, Six Flags purchased Sea World Ohio and combined both parks into the massive Six Flags Worlds of Adventure.